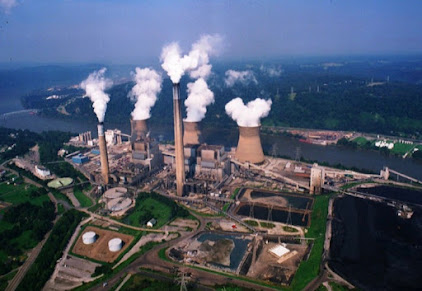 On April 23, in connection with a White House report on economic revitalization in coal and power plant communities, the U.S. Department of Energy (DOE) announced $109.5 million in funding for projects that directly support job creation in communities impacted by changes in the energy economy—the first results of a government-wide initiative launched by President Biden in the first week of his administration to boost the economic potential of coal and power plant communities.

“The coal and power plant workers who built our nation can play a huge role in making America’s clean energy future a reality, and this report outlines just the first steps the Biden Administration is taking to make sure they have those opportunities—right in their communities,” said Secretary of Energy Jennifer M. Granholm. “This new DOE funding will help spark next-generation industries that these workers can not only participate in, but lead, and I look forward to working together on investments and strategies that empower, revitalize, and retain and create jobs in our energy communities.”

“For generations, our coal miners have sacrificed their health and safety to mine the coal that forged the steel and provided the power that made the United States the greatest nation in the world,” said U.S. Senator Joe Manchin (D-WV). “I am encouraged to see President Biden acknowledge these contributions and start to allocate the resources that will be required to reinvest in these communities who have suffered huge job losses. I applaud today’s funding announcements for innovative technologies to tackle climate change and provide new opportunities for these hard-hit areas. In addition, the up to $15 million investment in important research conducted at West Virginia University is a small but first step in the right direction and I will continue working with the Administration to ensure additional, significant investments throughout West Virginia to provide meaningful opportunity and economic growth.”

A longtime resident of West Virginia and a descendant of coal miners, Anderson serves as director of DOE’s National Energy Technology Laboratory with facilities in Morgantown, West Virginia, Pittsburgh, Pennsylvania, and Albany, Oregon, and is a renowned scientist with extensive expertise in technology development for carbon management in hard-to-decarbonize sectors.

In addition, DOE identified senior staff from its Office of Economic Impact and Diversity, Office of Energy Jobs, and Office of Indian Energy who will also support the work of the Interagency Working Group.

“It is a great honor to be named Executive Director of this essential effort,” said Anderson. “I am excited to immediately begin this important work, reaching across the agencies of the federal government to ensure that the economies of traditional energy and power plant communities are strengthened, and my first priority will be to engage people where they work and live so that these hard hit communities have a hand in developing opportunities and solutions for their future.”

Complementing investments in hydrogen, carbon capture, and environmental remediation proposed in the American Jobs Plan, the Interagency Working Group report lays out a national roadmap to partner with local communities to ensure that the shift to a clean energy economy creates good-paying union jobs, spurs economic revitalization, and supports energy workers in coal, oil and gas and power plant communities.

In the near term, it recommends creating jobs through remediation projects for oil and gas wells and coal mines—work that energy workers are well-suited for and allows economic development of under-utilized land.

For the medium and long terms, the report calls for investing in low-carbon industries through technology such as carbon capture and hydrogen.

The $109.5 million in funding DOE announced will support innovative projects that will retain and rebuild jobs in energy communities, including:

-- $19.5 million in funding awards for critical mineral extraction from coal and associated waste streams. Critical minerals are vital to the manufacture of batteries, magnets, and other important components for making electric vehicles (EV) fleet and other clean energy technology. Coal communities and workers could be well-positioned to see new industrial jobs extracting critical materials from the waste left behind by coal mining and coal power plants in many areas.

-- $15 million for geothermal energy research projects at West Virginia University and Sandia National Laboratories. DOE will provide up to $15 million for two projects to help drive down costs and risks associated with the discovery of new geothermal resources for power production and heating-cooling. West Virginia University (WVU) will use the funding to explore year-round deep-direct use heating and cooling on campus. Sandia National Laboratories will use innovative approaches to conduct electromagnetic surveys to refine geothermal exploration methods and aid drillers as they explore for geothermal energy in the Western United States, a potential opportunity to create jobs for laid-off oil and gas workers.

As part of this effort, DOE’s Loan Programs Office released a factsheet to facilitate access to $8.5 billion in funding for deployment of carbon capture technology to enable low-carbon manufacturing of cement, steel, and other industrial products in addition to power plants.  Read more here.

The Interagency Working Group’s report, as outlined by President Biden’s January 27 executive order on tackling the climate crisis, identifies 25 communities across the country hardest hit by coal mine and power plant closures and calls for these areas to be priorities for both existing and future federal investment.  Read more here.

Click Here to read the full report of the Interagency Working Group on Coal and Power Plant Communities and Economic Revitalization.   Fact Sheet

PA Cap-Star: United Mine Workers Union Comes Out In Support Of Transition To Clean Energy

-- Senate Republicans To Gov. Wolf: We Will Reject Any Nominees To PUC Until You Withdraw Your Executive Order Joining RGGI Carbon Pollution Reduction Program For Power Plants

-- In Memoriam: Louise Dunlap A Leading Force Behind Coal Mine Reclamation, Regulation