Senate Republicans Report Out Bill Taking Away DEP Authority To Reduce Carbon Pollution From Any Source, Including Power Plants 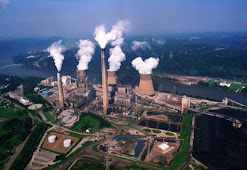 The bill now goes to the full Senate for action.

DEP is now in another round of consultations with its advisory committees on the final regulation establishing the Carbon Pollution Reduction Program covering power plants and is expected to bring it back to the Environmental Quality Board for final action in July.

This legislation is another round in the continuing fight between Republicans and Gov. Wolf on the RGGI issue.

Senate Republicans last week wrote to Gov. Wolf to advise him they will reject all future nominees to the Public Utility Commission until he withdraws his executive order joining the Regional Greenhouse Gas Initiative.  Read more here.

The PUC has nothing to do with the RGGI regulation.

The Pittsburgh Post-Gazette quoted Gov. Wolf’s spokeswoman, Lyndsay Kensinger, as saying the senators were setting a “reckless precedent” by “using an appointment to a critical commission, which serves all Pennsylvanians, as a hostage.”  Read more here.

On April 19, the leadership of the United Mine Workers made a major announcement-- they would accept President Biden’s plan to move away from coal and other fossil fuels in exchange for a “true energy transition” that includes thousands of jobs in renewable energy and spending on technology to make coal cleaner.  Read more here.

On Friday, the U.S. Department of Energy announced a preliminary $109 million initiative to directly support job creation in communities impacted by changes in the energy economy, funding to support the development of carbon capture technology, finding ways to extract valuable minerals from coal and its related waste streams and more.  Read more here.

Followup reporting Monday finds the Biden Administration is targeting up to $38 billion in unspent funds to help spur job creation in communities impacted by the decline of the coal industry.  Read more here.

So far, PA Republicans have not proposed a Mine Worker-type transition initiative to support workers and communities to help them grow again.

In Pennsylvania, 19 coal-fired power plants have already closed as a result of competition from natural gas in the last few years, according to the PA Coal Alliance during Senate hearings on RGGI.

Senate and House Republicans did not take steps to deal with the serious issues these closures created for workers and their communities.

Other things worth mentioning--

-- 72% Of Voters Support Joining RGGI: 72 percent of Pennsylvania voters support the state’s participation in the Regional Greenhouse Gas Initiative, according to a poll released in September.  Read more here.

-- 73% Of Voters Concerned About Impacts Of Climate Change: 73 percent of Pennsylvania voters are concerned about the future negative impacts of climate change on their children and grandchildren and also want state government to support communities financially-- 70 percent--who may be impacted by the change to cleaner energy sources. Read more here.

-- Senate Republicans Report Out Bills To Kill Regulations By Doing Nothing, Repeal Regs Because They Have Too Many Words, Shield Law Breakers, And More