House Republican Introduces ‘You’re On Your Own’ Emergency Declaration Bill 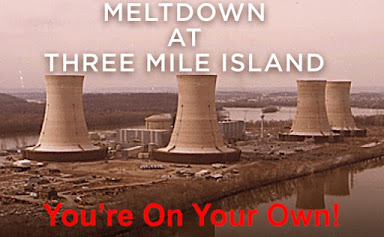 On April 20, Rep. Dawn Keefer (R-York) introduced House Bill 1225-- the “You’re On Your Own” emergency declaration bill that prevents state, county and local governments and officials from taking these actions under a disaster declaration by a governor--

-- Restricting any business activity in any way;

-- Requiring a citizen to remain at home; and

-- Enacting curfews based on an epidemic or other public health reason.

The term “public health reason” is not defined in the bill.

The bill was introduced in response to Republican concerns about the actions taken by Gov. Wolf during the COVID pandemic, but the black and white of the language has much, much broader implications.

The public would be on its own to determine the threat from radiation, a chemical cloud or biological attack, a flood, civil disturbance or contaminated drinking water.

In other words, “You’re On Your Own.”

Even if the bill was somehow limited to just COVID and similar public health threats, it would still mean the public was “On Their Own” during a potentially deadly public health emergency.

The bill also reverses long-held Republican policy of trusting local officials to deal with emergencies, but their actions are also prohibited in this legislation.

If the COVID pandemic has taught us anything, it taught us that we can not anticipate what public health and other emergencies we will face in the future.  “Unprecedented” is an inadequate term to describe what we face and we could easily face again in the future.

Who could have anticipated COVID’s severity?  The accident at Three Mile Island?  Airplanes deliberately crashed into the World Trade Center and a field in Somerset County?

To put into static law any written prohibitions on how to deal with those emergencies is-- at the least-- terribly unwise and at worst a dereliction of the duty of public officials to protect the public health and welfare of their citizens.

-- House Republicans Reintroduce Bill To Kill Regulations By Doing Nothing