New Book: Wildfires Across Pennsylvania: The Fires Of Penn's Woods By Michael Klimkos

Almost everyday news accounts show video and still photos of entire towns devastated by wildfires. Terms like “largest in history,” or “a community destroyed by a wildfire,” are common as news reporters in yellow firefighter shirts stand before the cameras.
A hundred and twenty years ago the same kind of devastation was found in Pennsylvania.
But it doesn’t take a 300,000 acre fire to be significant. If it is your family, house, barn or place of employment that was burned, it is immaterial whether the fire burned a thousand acres or two acres. The fire was significant!
As the great forests of Pennsylvania were cleared, the slash and debris left by loggers was prone to burn – and it did! Huge fires once raged through the forest of Pennsylvania.
While certainly not on the scale of the fires that have burned across the American West in the recent years, the wildfires that have burned in Pennsylvania took lives, disrupted families and businesses, burned homes, farms and even entire towns.
The fires provided the impetus for the founding of the science of forestry and wildfire control in the Keystone State.
The Fires of Penn’s Woods is a detailed historical account of how fires –some quite large and some quite small-- impacted Pennsylvania and shaped what is today a sustainable forest that has regrown from the Great Pennsylvania Desert-- the land that was left after industrial logging virtually cleared the state of its trees by the beginning of the Twentieth Century.
Until now there has not been a comprehensive history that has documented wildfires in Pennsylvania to this extent. This thoroughly researched and meticulously detailed book describes how the science of forestry, wildfire prevention, and fire control has grown in Pennsylvania.
This book is a must read for firefighter, foresters and others with an interest in Pennsylvania history.
The author, Michael Klimkos is retired from the Department of Environmental Protection. For twenty-five years he was a volunteer firefighter and a member of wildland firefighting crews.
He has previously authored, A History of Trout Unlimited and the Environmental Movement: 1959 – 2000, (2003), and compiled and edited The Letort: A Limestone Legacy, (2015). He is the past editor of Mid Atlantic Fly Fishing Guide magazine.
Mike is a member of the Pennsylvania Outdoor Writers Association and the Mason-Dixon Outdoor Writers Association.
He writes from his home in Carlisle, Pennsylvania.
The book is available through Amazon, as well as other retail booksellers. For information on how to obtain a signed copy, or find out where the author is doing a book signing or presentation, visit Michael Klimkos’ website.
PA Forest Heritage Association
Michael Klimkos is active in the PA Forest Heritage Association dedicated to preserving and showcasing the heritage of forest conservation and forest fire protection in Pennsylvania and is editor of its newsletter.
Visit the Discovery Center at Caledonia State Park in Franklin County to learn more about Pennsylvania’s forest fire fighting heritage.
Click Here to contact the PFHA for more information on the programs, initiatives and upcoming events.  Click Here for the Association’s latest newsletter.
David E. Hess at 7:17 AM No comments:
Share 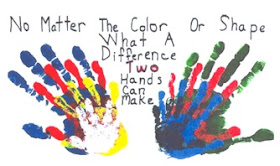 Department of Agriculture Secretary Russell Redding Friday announced more than $860,000 in grant funding is now available to researchers interested in finding solutions to some of the most pressing and persistent problems confronting the Commonwealth’s farms and farmers. (formal notice)
The deadline for submitting proposals is January 26.
“Sound research is important to the future of agriculture,” said Redding. “There are a host of challenges and emerging threats that could undermine our ability to grow the food upon which we and our economy depend. Some of these are natural threats, others are the result of a changing marketplace. With better knowledge comes a better understanding of how we can address these real and potential impediments to our continued prosperity.”
The solicitation details areas prioritized for funding during this grant cycle, as well as format requirements for each grant application.
Among the topics prioritized for funding this year are research into the spotted lanternfly; new methods and technologies for cost-effectively reducing nutrient loads to Pennsylvania’s waterways; and the efficacy of various avian vaccinations.
Other areas of focus include research into production agriculture’s ability to access capital, farm safety, and the public return on investment of farmland preservation.
The department will also offer micro-grants to research and support the development of micro-credentials or badges that teach specific workforce development skills; solutions to practical problems of hydroponic and aquaponic operations; and remedies to challenges common in urban agricultural operations.
In total, the Department of Agriculture received more than $1.2 million for agriculture research in the state’s fiscal year 2017-2018 budget.
The more than $860,000 available for these projects represents the balance of funding not dedicated to research projects involving animal agriculture. Nearly $430,000 was made available for animal research projects through the state’s Animal Health and Diagnostic Commission earlier this year.
All proposals will be scored competitively to determine the final grant recipients.
All the details on how to apply are available on the December 30 PA Bulletin notice.
David E. Hess at 3:10 PM No comments:
Share

The Manada Conservancy’s Native Plant Pre-Sale is now open online.  Shop the online store for native perennials, trees, and shrubs at a 10 percent discount from the regular sale day price.
Favorites sell out quickly so shop soon for best selection!  Orders must be picked up on Native Plant Sale Day, April 28, at the Hummelstown Borough Park in Dauphin County where you will have the chance to browse our sale-day only selections from 10:00 a.m. to 3:00 p.m.
February 8
Join the Conservancy on February 8 for the Nature Therapy: The Health Benefits of Spending Time in Nature as Dr. Matt Silvis explores these benefits and how this directly connects to the vision of Manada Conservancy.
For more information on programs, initiatives and other upcoming events, visit the Manada Conservancy website.
David E. Hess at 1:52 PM No comments:
Share